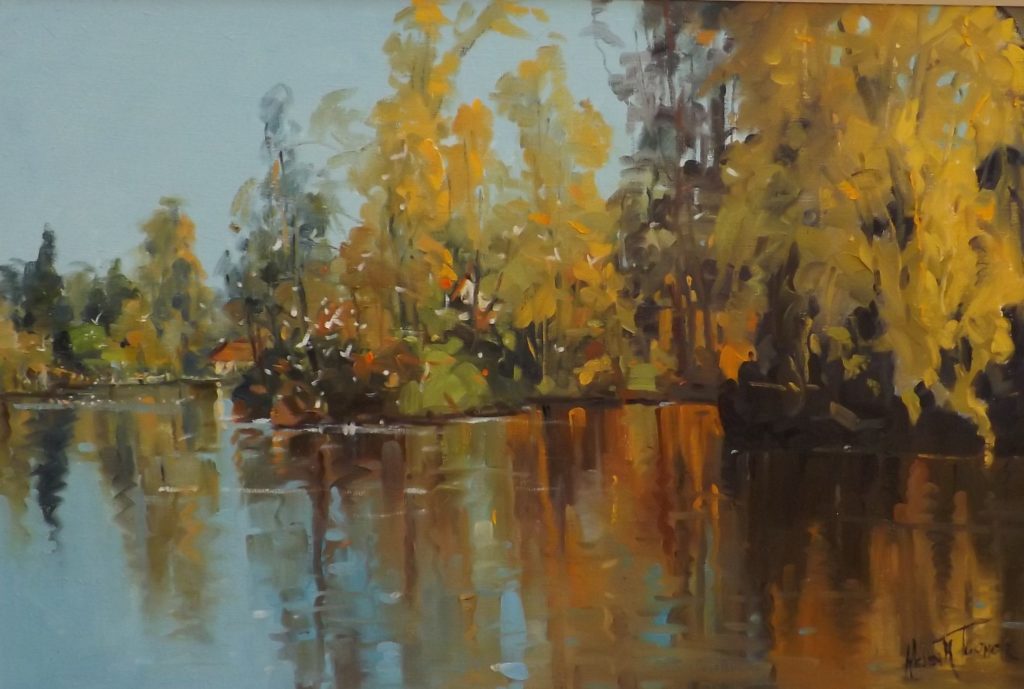 Helen M Turner PAI PPAI was born in Glasgow. When she left school she joined the design studios of James Templeton and attended Glasgow School of Art in the evenings from 1952 to 1960. There she studied drawing, still life and portraiture under Trevor Mackinson and William Gallagher. Continuing her career with James Templeton,and other companies, she became a documented designer in Aubusson and Beauvais, travelling extensively throughout the world. Helen’s designs can be seen in the Waldorf Astoria, Turnberry Hotel, San Francisco Opera House, The New York Plaza, P&O Cruise Liners and many Casinos throughout the world.

Eventually, she gave up her design work to become a full-time artist. Helen was elected President of the Paisley Art Institute from 2001 to 2004. She is also a member of the Glasgow Society of Women Artists and exhibits regularly in galleries throughout the UK.

Helen won the East Linton Award in 1972 and 2004 and was commended in the Soroptomists’ International Fine Art Award in 1992. In 2000 she became a Diplomat of the Paisley Art Institute [PAI]. Helen has work in the corporate collections of Robert Fleming Holdings, Dunedin Fund Managers, Aberdeen Asset Management, the TSB, Dunedin Fund Managers, South Ayrshire Council, Paisley Museum and Art Galleries and many in private collections at home and abroad.