Paisley Art Institute is run by a volunteer management committee. Information about the current committee can be found below.

Jean was Project Director for Paisley as UK City of Culture 2021, during which time she led her home town’s bid to be the first town shortlisted in the UK City of Culture competition. During a 30-year-long career in the arts, she has remained committed to contemporary arts practice which is grounded and informed by social, political, and cultural concerns. Jean has helped shape the Scottish cultural calendar through her work with; Glasgow International Festival of Visual Art (GI), Scotland at Venice Biennale, Aye Write Book Festival, and the Glasgow 2014 Commonwealth Games Cultural Programme. Current freelance projects include; working with contemporary visual artist John Walter and molecular virologists at UCL and working as Creative Director with the British Council’s UK-Italy Season 2020. She is also on the board of the National Theatre of Scotland.

Paisley born and bred Caroline has been a member of the PAI committee as an artist member since October 2017 and was elected to Vice President in 2018. In 2011 Caroline gained a first class honours degree in visual art from North Glasgow College. In 2017, she won the PaisleyIs award for an oil painting, It’s No Game, at PAI’s 130th Annual Exhibition. Since the bid for City of Culture, she and her partner Alexander Guy have opened a High Street studio/gallery called MADE IN PAISLEY, offering people locally, nationally, and internationally access to art classes and exhibition opportunities. She continues to create her own work from the MADE IN PAISLEY studios opposite Paisley Museum.

Graham was elected to the role of the Treasurer in 2016. He has 20 years of financial experience financial and currently works as an office manager/bookkeeper for an electrical contracting company. He was born in Paisley and returned to live in the town 15 years ago.

Nancy joined the PAI in 2018 as a lay member and was elected to the post of Secretary. She has many years of past administrative experience at the University of Glasgow. As an amateur artist, she has exhibited at the PAI in 2017 and 2018.

Elise has been a professional artist member of PAI since 1994. She is a painter who graduated from the Glasgow School of Art in 1978, before completing a postgraduate year at Cyprus College of Art in 1982. She remains a practising artist. Elise has been a part-time lecturer at the Glasgow School of Art since 1993. She has completed certification with the Creativity Coaching Association and has worked as a creativity coach since 2016. Awards include the 2017 Royal Glasgow Institute Annual Exhibition City of Glasgow College Purchase Prize and the 2014 PAI, annual exhibition House for an Art Lover Prize. Her last solo exhibition was She Moves Behind Me, a retrospective exhibition in Gallery North, Glasgow, 2018.

A former Treasurer of PAI, Richard has returned to serve on the Committee.

Born in Southend-on-Sea, Essex, Rowena completed a BA(Hons) in Fine Art at Reading University embracing expressionist, colour field painting with confidence and passion.  She continues to develop this dramatic and emotive painting style, making works from a specific aesthetic point that expresses sublime elements of human experiences. Over many years, she has refined and developed her technique, a process that continues to challenge and intrigue.

Awards include; 2017 Glasgow City Council Stalled Spaces, 2016 & 2015 Paisley Art Institute, 2012 Professional Development Award from Creative Scotland, 2011 Hope Scott Trust Award, 2005 & 2000  Visual Arts Awards from Aberdeen City Council. Rowena has been an Artist Member of PAI Committee since 2016. She is a professional elected member of the Society of Scottish Artists, currently serving on their Council; Past President of the Scottish Artists Union (2011– 2014) & Treasurer (2014 – 2017).

Eoghann has been exhibiting with Paisley Art Institute since the early 1990’s when he presented for the drawing competition as a student at Duncan of Jordanstone College of Art in Dundee, gaining a first class honours degree in Fine Art. He continues to exhibit today, as well as facilitating and leading art projects, predominantly in the third sector in Ayrshire where he works for Centrestage. In 2009, he was the artist in residence at Sabhal Mòr Ostaig on the Isle of Skye; he has won the Salvesen Prize 2004. He has exhibited widely across Scotland. Since 2004, he has been a Fellow of Ballinglen Arts Foundation.

Lindsey has been a member of PAI’s management committee since 2011. A practising solicitor, she was co-opted on to the committee to assist in negotiations with third party organisations and bodies and preparation of documents and correspondence, and general administrative support. Brought up in Paisley, she works as a solicitor in the town. Lindsey’s lifelong interest in the arts and culture has brought her professional legal skills to assist the needs of the Institute. She is accredited by Law Society of Scotland as family law mediator; also trained in Collaborative Practice in family law.

Dominic joined as an Artist member in 2018 and was elected to the Committee. Dominic is an art Lecturer at Glasgow Kelvin College, specialising in Printmaking; he also worked at the Glasgow Print Studio for many years.

Steven Thomson joined PAI and its Committee in 2018. He is creative director & CEO for Outspoken Arts Scotland. From 2004-2014, he was Producer of the former Glasgay! Festival. During his tenure, he grew the festival into a month-long celebration at nearly 20 venues, attracting up to 35,000 visitors and contributing upwards of £0.5m to the national economy. He repositioned the festival as Scotland’s annual celebration of LGBT culture, grew public funding, increased private sponsorship, and diversified the income base. Glasgay! ran from 1993-2014. The company entered a period of funding transition in 2015-2017, re-emerging as Outspoken Arts Scotland. From 2016-2018, Steven has also consulted, as a Creative Producer, for Renfrewshire Council, supporting it’s Paisley 2021 UK City of Culture bid and an event legacy plan 2018-2022. Steven was born in Paisley, studied at Stanely Green High School and lives in Glenburn. 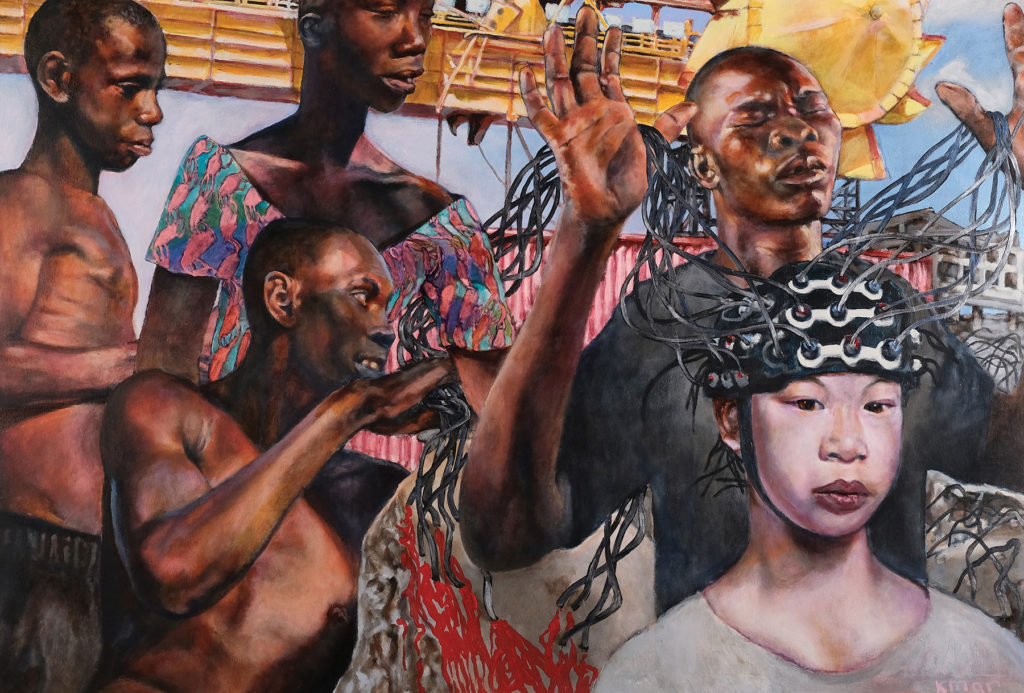